Calvin C. Willhite, an Associate Expert with Risk Sciences International working on a range of toxicological risk issues, was just announced as the recipient of the prestigious 2021 Arnold Lehman Award presented annually by the Society of Toxicology for outstanding contributions to evidence-based toxicology to improve public health.

Dr. Willhite specializes in human health risk assessments for man-made and naturally-occurring chemicals. He has published primarily in developmental toxicology and quantitative structure-activity relationships. He serves on the editorial boards of Toxicology & Applied Pharmacology, Toxicology, Journal of Toxicology and Environmental Health and has been a Guest Editor for the journal Toxicology (Bisphenol Exposure, Hazard and Regulation).

Dr. Willhite testified before the U.S. House of Representatives Committee on Energy and Commerce on the Safety of Phthalates and Bisphenol A and he has been a member of the National Academy’s Committee on Toxicology, the U.S. EPA’s National Advisory Committee, the NTP’s SACATM, ILSI’s Structure-Activity Database Project, the National Research Council’s Submarine Air Quality and Acute Exposure Guidelines Subcommittees, the NSF Health Advisory Board, Johns Hopkins Data and Safety Committee/Nepal National Society for the Prevention of Blindness, Kathmandu (Br. Med. J. 318: 525, 1999), ACGIH Committee on Threshold Limit Values, IARC Cancer Chemoprevention Panel, NTP’s CERHR Chemical Expert and Level of Concern (LoC) Panels, the Cal/OSHA Lead in Construction PEL Committee and he serves on the Science Advisory Committee for the Frank R. Lautenberg Chemical Safety for the 21st Century Act.

Previously, Dr. Willhite received the Society of Toxicology’s Frank R. Blood Award (Toxicol. Appl. Pharmacol. 84(1): 206-207, June 15, 1986).  His biography appears in Who’s Who in America, Who’s Who in Science and Engineering and Who’s Who in Medicine and Healthcare.

Named after one of the SOT founders, this award recognizes an SOT member who has made a major contribution to risk assessment and/or the regulation of chemical agents, including pharmaceuticals. The contribution may have resulted from the application of sound scientific principles to regulation and/or from research activities that have significantly influenced the regulatory process. 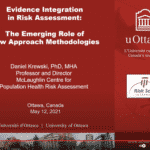 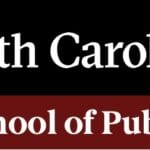 Dr. Donald Mattison, RSI’s Senior Vice-President and Chief Medical Officer, has accepted an appointment as a University of South Carolina Health Sciences Distinguished Professor in the in… 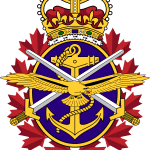 RSI is pleased to be the recipient of funding through the DND IDEaS COVID-19 Challenge. Under the supervision of Emma Hartnett, RSI will be developing… 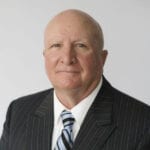 Calvin C. Willhite, an Associate Expert with Risk Sciences International working on a range of toxicological risk issues, was just announced as the recipient of the prestigious…

SAVE & ACCEPT
Scroll To Top