From my early academic years, the journey through science and medicine seemed inevitable. After obtaining my Bachelors in Chemistry and Mathematics at Augsburg College in Minnesota in 1966, I was off to the Massachusetts Institute of Technology for a Master of Science in Chemistry. My thesis at M.I.T. was entitled: The Design and Construction of an 18 MHz Pulsed Nuclear Magnetic Resonance Spectrometer. A prelude to Magnetic resonance imaging and solid state NMR.

After completing my MS I was drawn to the study of medicine graduating with an MD from the Vagelos College of Physicians and Surgeons at Columbia University, in New York, in spring of 1973. My subsequent clinical training was divided in two with a residency in obstetrics and gynecology at Sloane Hospital for Women at the Columbia Presbyterian Medical Center in New York and a second position as Clinical Associate in Developmental and Reproductive Pharmacology and Toxicology at the Eunice Shriver National Institute of Child Health and Human Development, National Institutes of Health, Bethesda, Maryland. These two positions focused on clinical practice and research in risk sciences – with attention to pharmacology and toxicology applied to reproductive and developmental toxicology.

In later years, as I moved to different positions, to continue clinical practice, I obtained medical licenses in six U.S. States including New York (), South Carolina (), Maryland, Arkansas, Pennsylvania and Massachusetts. I would also pursue a desire to serve the nation by joining the U.S. Public Health Service, a uniformed service of the Department of Health and Human Services, ultimately, retiring in 2012 with the rank of Captain (O6).

Professionally, I have been honored with appointments such as Dean, Graduate School of Public Health at the University of Pittsburgh, Medical Director of the March of Dimes, and as the Chief, Section on Reproductive Toxicology at the Eunice Shriver National Institutes of Health in Bethesda, Maryland.

I have also had the privilege of engaging in multiple community service opportunities notably as the Director, Board of Directors and Chair of the Education Committee, Foundation for Advanced Education in the Sciences (FAES), National Institutes of Health, Bethesda MD: 2015 – 2020. I also served as a volunteer physician and Associate Medical Director for the Mercy Health Clinic in Gaithersburg, Maryland. Currently, I am a volunteer physician and Chair of the Quality Improvement Committee for Volunteers in Medicine, on Hilton Head Island in South Carolina.

In 2012, I was excited to join Dr. Krewski and Greg Paoli’s team at Risk Sciences International as Senior Vice-President and Chief Medical Officer.

Most recently, in 2021, I was pleased to accept the appointment as Distinguished Professor of Epidemiology in the Arnold School of Public Health at the University of South Carolina. 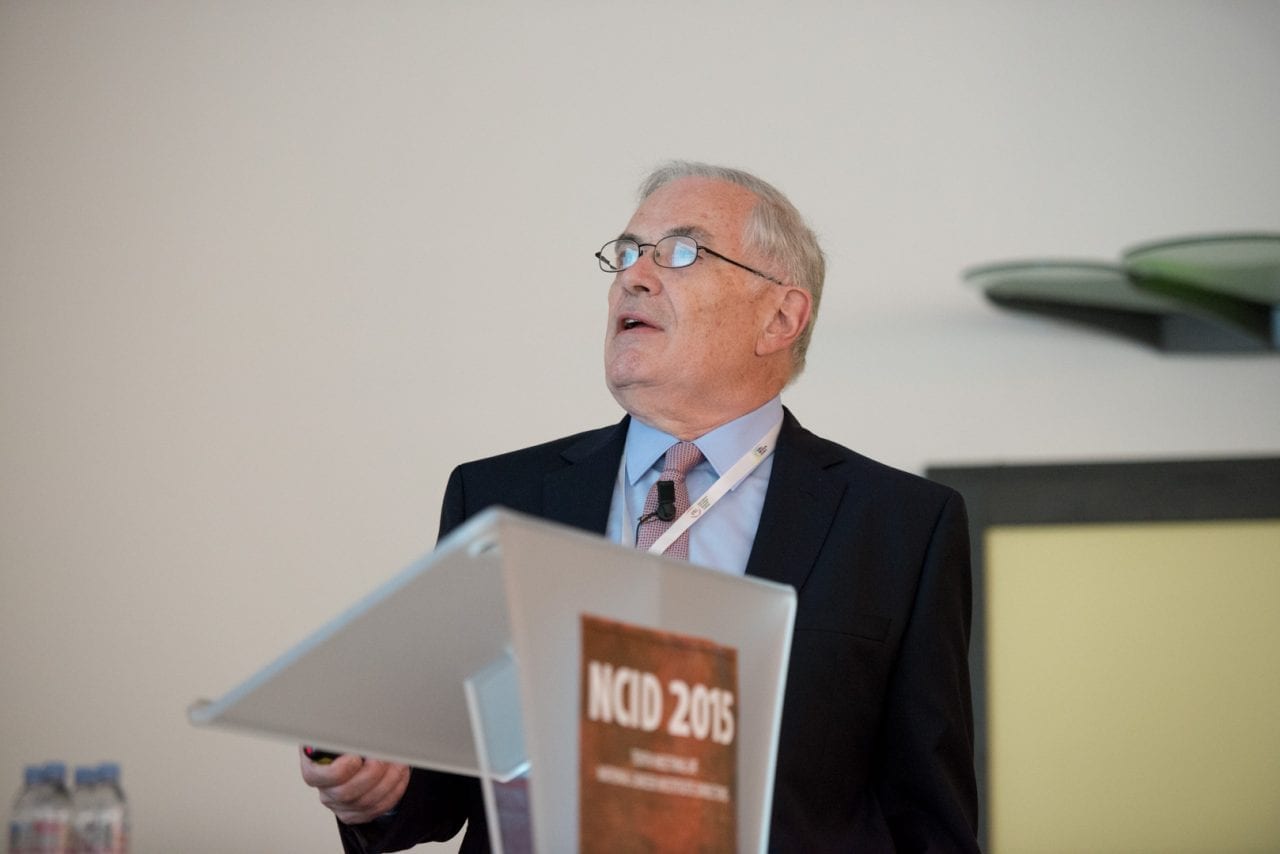 As with many RSI staff, Dr. Mattison is passionate about sharing his findings and knowledge with the broader scientific community.

Dr. Mattison also serves as Associate Director of the McLaughlin Centre for Population Health Risk Assessment and as Adjunct Professor at the School of Epidemiology and Public Health at the University of Ottawa.

He is also Medical Advisor to QuarterWatch: Monitoring FDA MedWatch Reports published by the Institute for Safe Medication Practices in Horsham, Pennsylvania and is currently a Senior Research Fellow at the International Prevention Research Institute in Lyon, France.

Dr. Mattison’s current focus of research is in drug safety and efficacy monitoring.

Dr. Donald Mattison has published nearly 400 peer-reviewed papers throughout his career. Below is a small sample selected by Dr. Mattison.

The review involved an analysis of the events and processes that led to public criticism of Health Canada’s handling of the drug company’s recall of a contraceptive drug due to packaging errors.  The evaluation consisted of several components. First, a review and analysis were conducted of the regulatory and procedural basis of the department’s roles…

Don’s favorite pass-time is fly-fishing and fly-tying, both of which he taught. Among his other extra-curricular and volunteering commitments, Don has served with the following organizations.

Thank you for your message. Donald Mattison will be in touch as soon as possible. 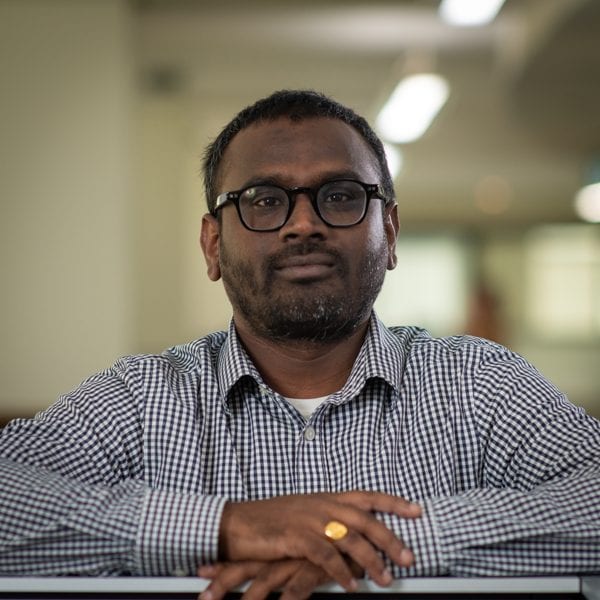 Siva Ramoju holds Masters Degrees in Biotechnology as well as Cellular Toxicology. His previous and present work in cellular toxicology has provided him with training and research experience in understanding how chemicals can damage individual cells, and an understanding of toxicity from the perspective of the whole animal. 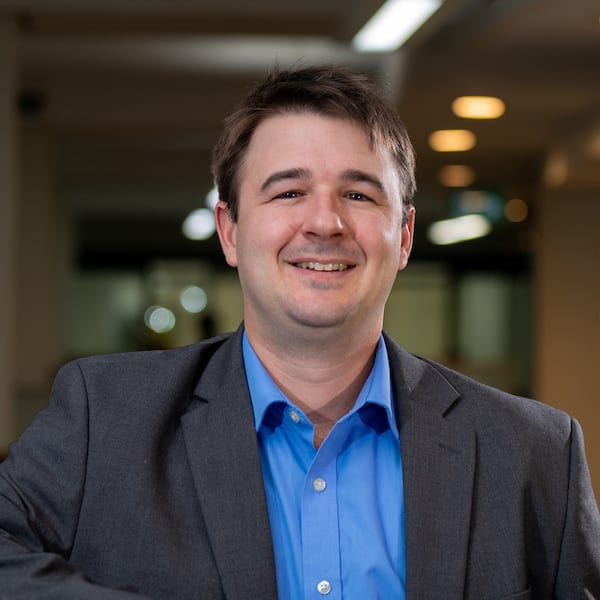 Mr. Martin LeBlanc is responsible for growing RSI’s book of business, supporting all activities to this end. His line is always open to assist clients old and new. He strives to understand and provide a client’s unique need on a project, having done so for many government and private clients across the health, nuclear, power generation, aerospace, manufacturing, transportation and national defence sectors. 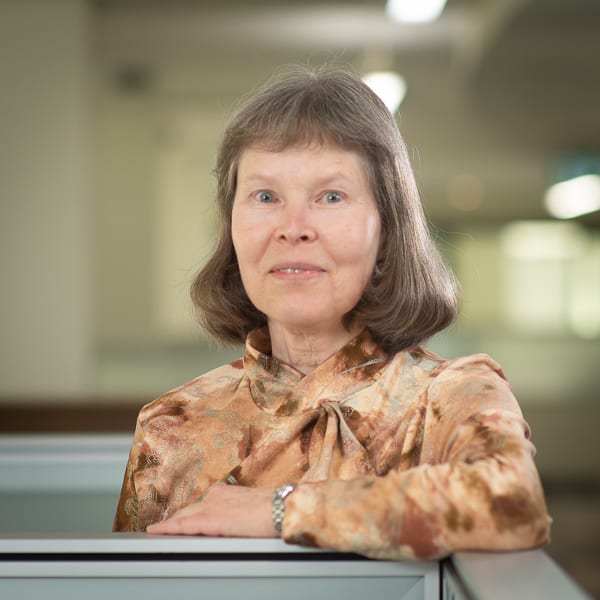 At RSI, Dr. Natalia (Natasha) Shilnikova has been working on projects involving toxicology, epidemiology and human health risk assessment, such as development of toxicity profiles for several chemicals on Health Canada’s Domestic Substances List (DSL); a systematic review of potential cancer and reproductive risks of artificial sweeteners for the International… 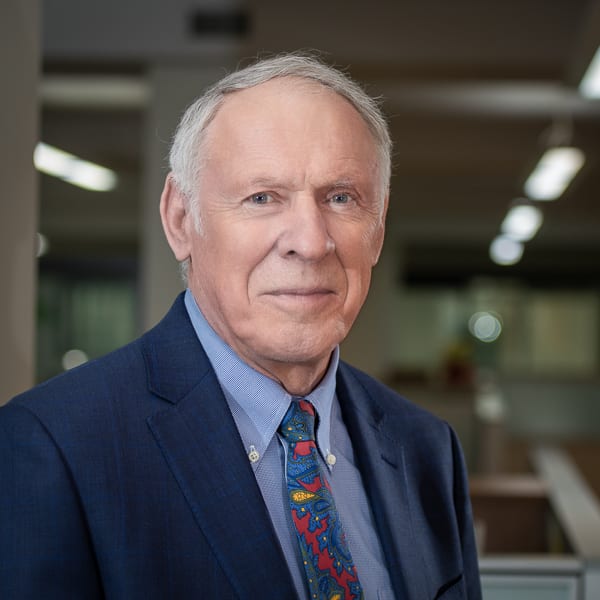 Dr. Krewski serves as Chief Risk Scientist and CEO of Risk Sciences International. He also holds academic appointments as Professor in the School of Epidemiology and Public Health and Scientific Director of the McLaughlin Centre for Population Health Risk Assessment in the Faculty of Medicine at the University of Ottawa. Dr. Krewski is a Fellow of the Society of Risk Analysis and the American Statistical Association, and a lifetime National Affiliate of the US National Academy of Sciences. In 2013, he received the Distinguished Achievement Award from the Society for Risk Analysis, for excellent performance in the practice of risk analysis. He has contributed to over 900 scientific and technical publications in the field of risk science during the course of his career to date. 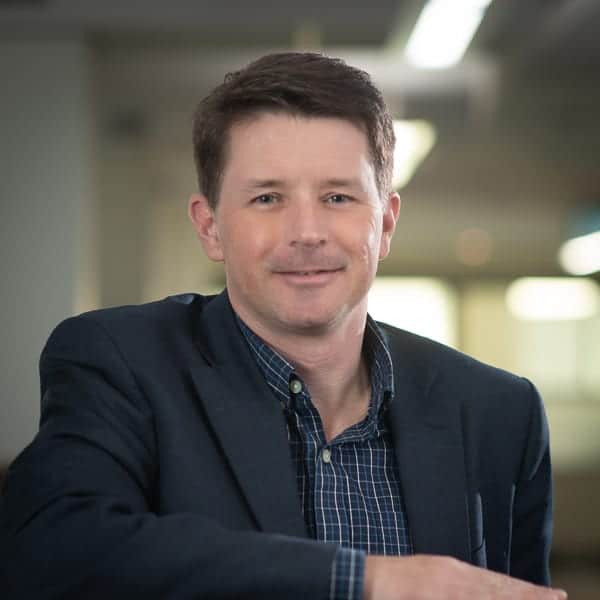 As RSI’s Principal Risk Scientist and COO, Greg Paoli is currently working with a broad spectrum of clients in the public and private sectors, with the greatest emphasis on the development of new approaches to transform regulatory systems to be more “risk-based” at multiple levels: how senior decision-makers process risk information and make the “tough choices” in regulating health and safety, how an organization can optimize its resources across a diverse mandate to maximize total “portfolio-level” risk reduction, and how to operationalize key resources like the scheduling of inspections when faced with thousands of inspection targets, but not enough resources to inspect all of them. 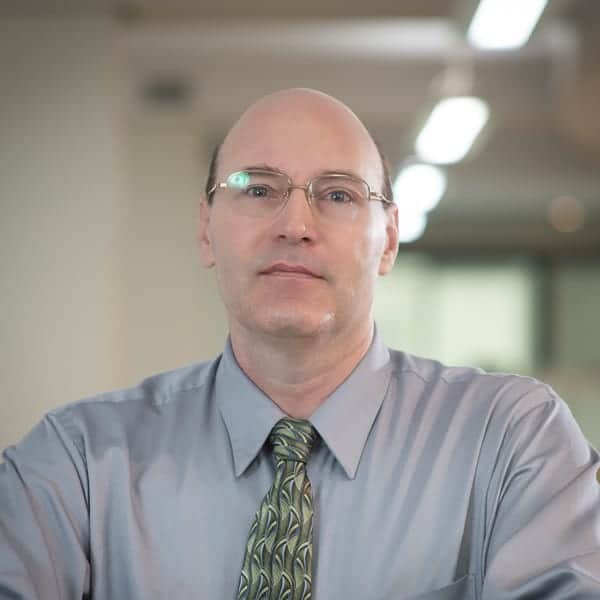 Dr. Tyshenko is involved with various health risk issues and is the lead on chemical peer reviews at RSI. He continues international research on infectious disease health policy and evidence-based decision-making for SARS, MERS and COVID-19 with a collaborative working group from China, USA, and the UAE. Other ongoing work in Nepal with the Ministry of Health in collaboration… 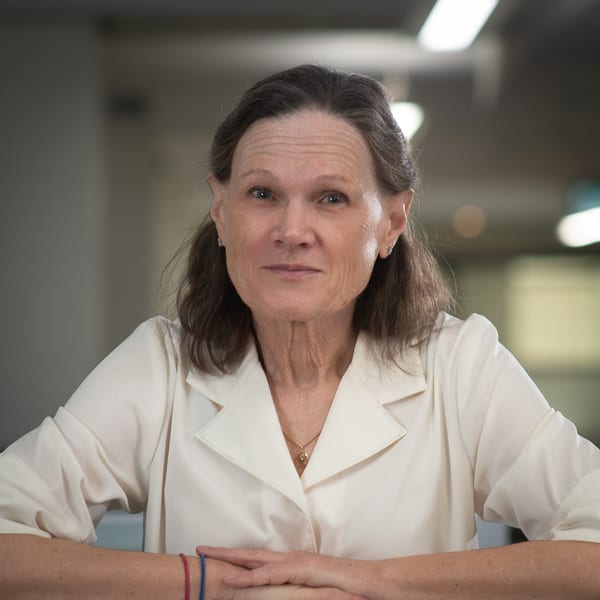 For her work at RSI, Anne has built on her previous experience and academic research through work on communication on nuclear power and nuclear waste disposal; developing communication strategies and messaging on health risk issues; and delivering training on risk communication. She has also applied her familiarity with risk regulation in many projects on government… 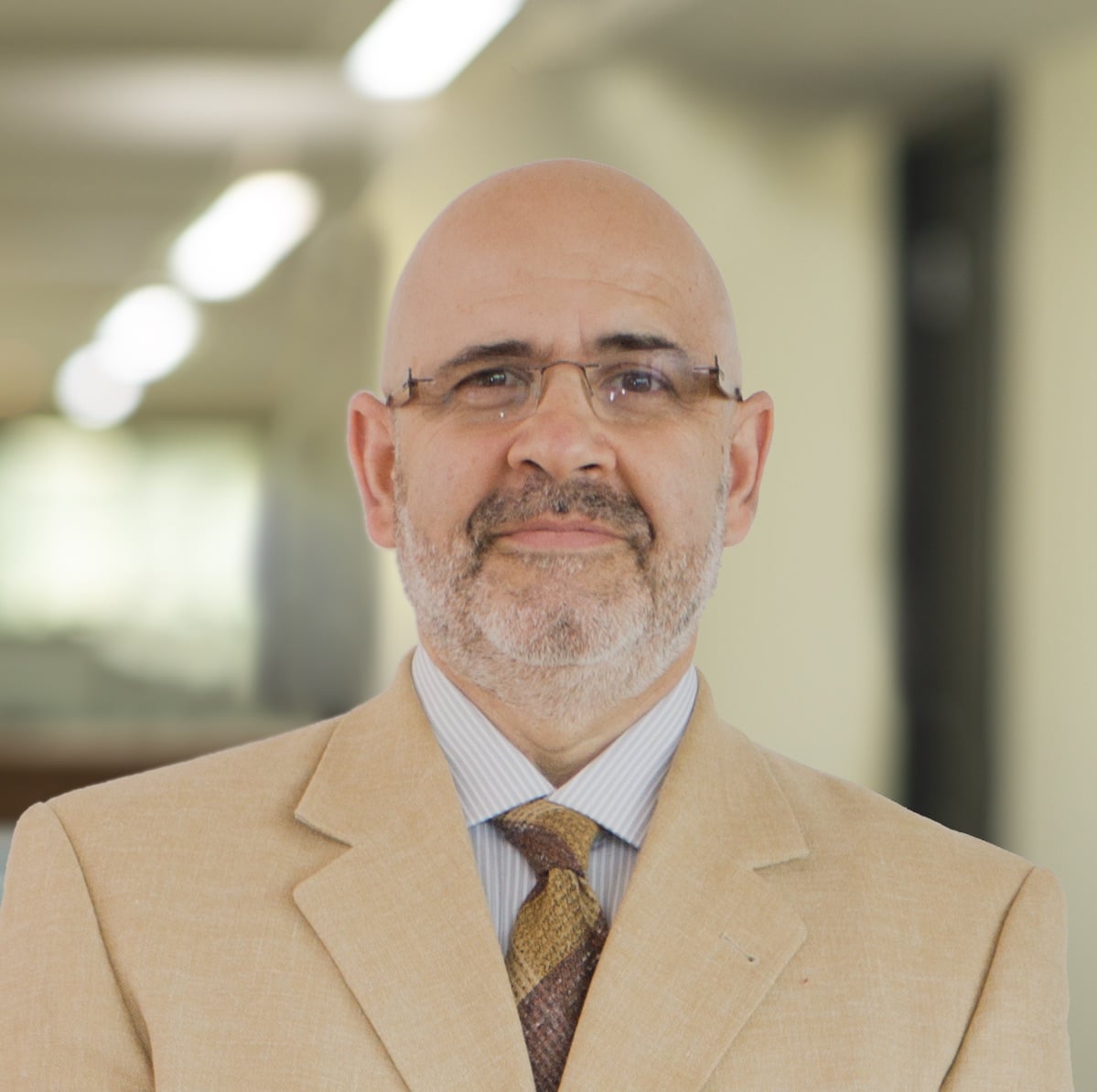 Now serving as RSI’s Vice-President Communications and Strategic Initiatives, for years Cemil has provided organizations with guidance designed to transmit mission-critical messages. An anti-tobacco campaign is not about promoting a strategy, it’s about saving lives. Get the message wrong and people die. That type of commitment to results is what Cemil brings to Risk Sciences International. 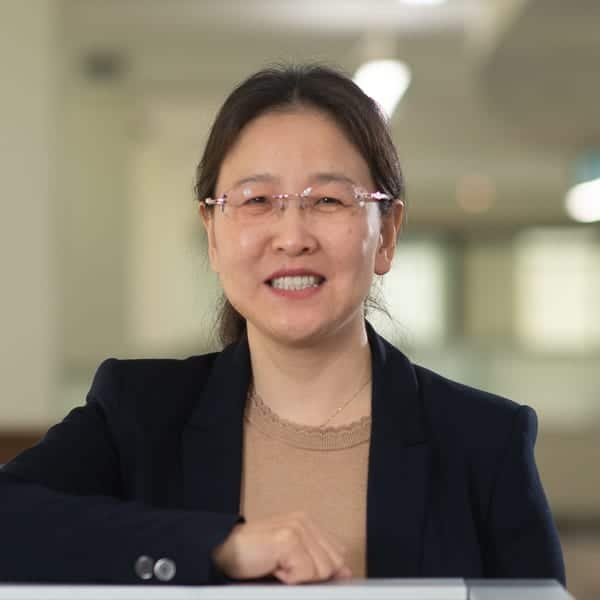 Since joining RSI’s technical team in 2011, Hong has focused on developing risk-based database-driven web projects. Her extensive knowledge and experience, has helped RSI to develop high quality software for multiple clients including the Public Health Agency of Canada, the U.S. Food and Drug Administration, the Food and Agriculture Organization of the United Nations based in Rome, and the World Health Organization based in Geneva. 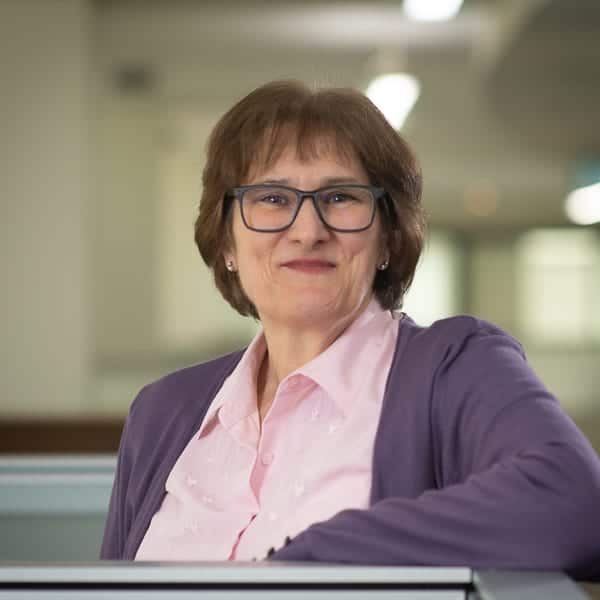 As Office Administrator for RSI, Monique is responsible for managing all functions of the firm’s office environment and administration needs, including liaising with stakeholders, contractors and suppliers, supporting RSI Directors and staff with data management and word processing, maintaining business accounts, licenses, subscriptions, company files and systems. Her duties also include general bookkeeping, sales and marketing support, course and workshop administration and general research support. 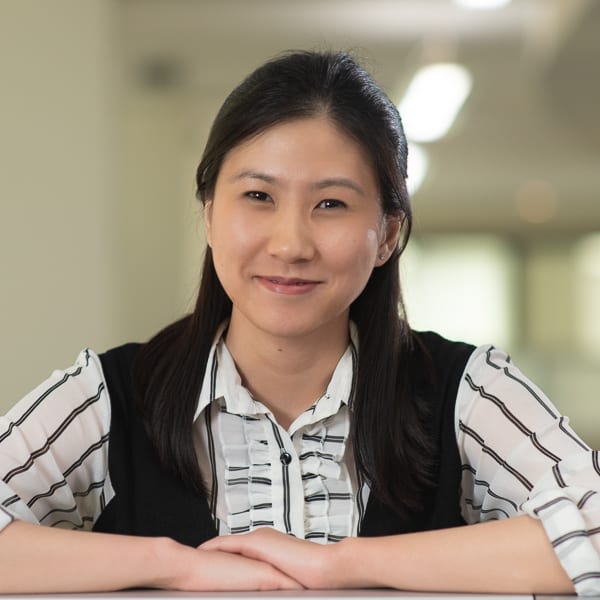 Jennifer joined RSI in August of 2017 as a Risk Analyst with specialization in epidemiology. She possesses a diverse set of skills that contributes to her flexibility to work on a wide range of scientific projects. In particular, Jennifer has research experience in programming using SAS, manipulating large datasets, constructing statistical models, interpreting quantitative data, … 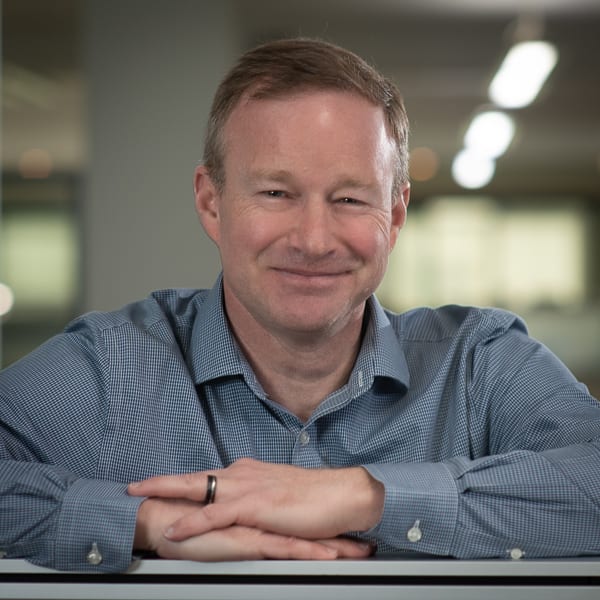 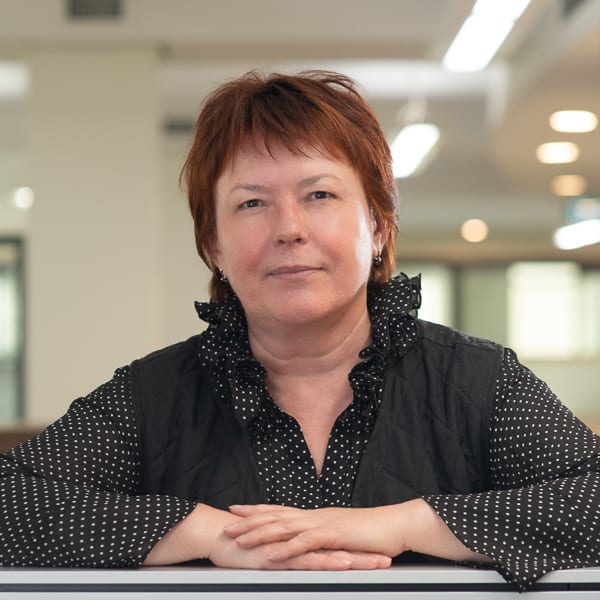 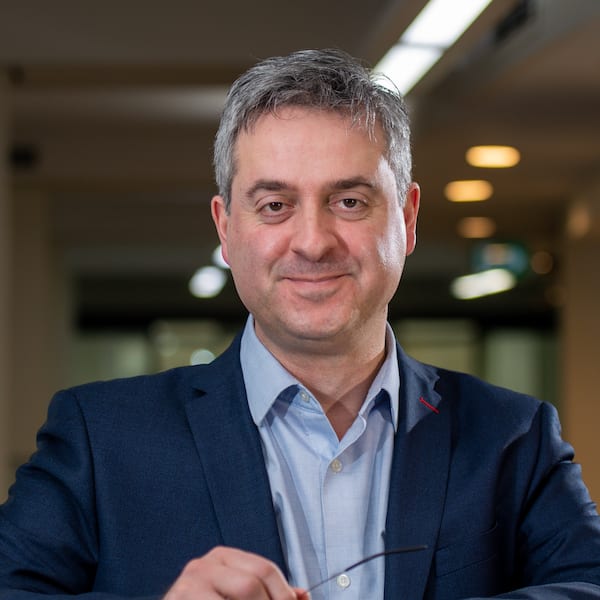 Dr. Momoli is the acting Practice Lead for Chemical and Product Safety at Risk Sciences International, as well as an adjunct professor in the School of Epidemiology and Public Health at the University of Ottawa.